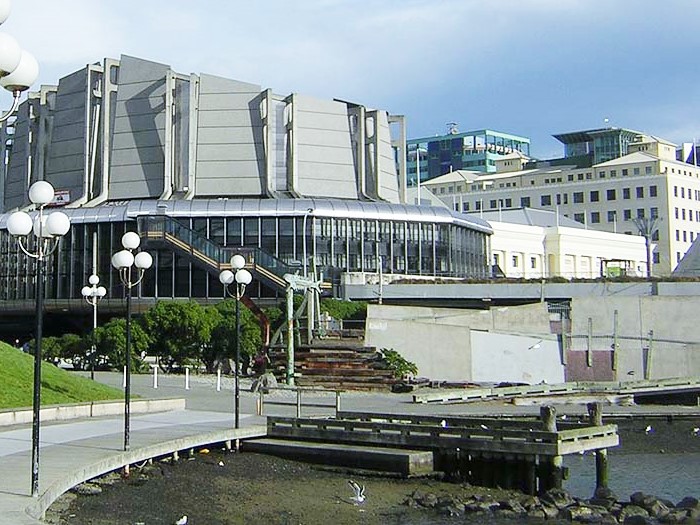 Kris Kristofferson Wellington 2019 – with the Strangers at the Michael Fowler Centre on 11 October.

Judy Hefford is a long time Kris Fan. She attended the gig in Wellington on 11 October 2019 and is now (like many others), a dedicated Scott Joss. Scott seems to have won as many many fans on his Australia/New Zealand tour as he did in Europe. People warm to him and his wife, Judy. They are known for being a generous, open and friendly couple. Oh, did I mention that Scott Joss is a helluva fiddler, too? Judy told Scott’s fan group …

After seeing Scott’s recent posts would like to share some of my thoughts on going to the show in Wellington, N Z. (My first live show since seeing Jim Reeves!) I thought I was crossing something off my bucket list, but it’s still on there – to see Kris, and Scott, again! Any chance I get, Kris is just so unbelievably great.

Senator Scott Brown was in the Audience

As has been suggested, I spoke to Judy who was standing alone at the merchandise counter, she immediately asked my name and chatted like we were old friends, just so nice and friendly!

The Michael Fowler Centre was fully booked, and the acoustics are great. Kris’s voice was stronger than I had expected. He didn’t move around like he used to, but each time he smiled or ‘sparked’ the audience erupted so loudly – NZ audiences are renown for being reserved – But not this time.

Nobody around me seemed to know who Scott was, but during intermission, all were talking about how good he was. And his smile! I was proud to be able to tell them about him and Judy. Scott made a huge number of fans that night. His new CD sold out, apparently by the 2nd concert. I tried several shops the next day to get it and although none had it they did say they would try to get it in.

Sitting in the row behind me a lady said it was her 3rd show, she “loved Kris to bits” and was going to all 5 shows from the bottom to the top of New Zealand. Envy from me!

During the standing ovation at the end, I was delighted to see my sophisticated step-son clapping, stamping, and yahoo-ing his enjoyment of the show along with the rest of us.

On the way out I was embarrassed to find myself patting Judy’s arm as I told her I had my photo taken with Scott, and how wonderful the show was. She’s just that kind of person – just lovely. Judy and Scott are a great couple.

Love your post. I went to four out of five concerts in New Zealand. Each one was awesome and memorable to me! Wellington definitely was the best. The interaction with Kris and Scott was awesome & so was the crowd. I took three family members who are now number one fans! The band was a huge blessing. New Zealand thanks you for travelling to far. We love & appreciate Kris Kristofferson & the Strangers!

kriskristofferson.co.uk is a participant in the Amazon Services LLC Associates Program, an affiliate advertising program designed to provide a means for sites to earn advertising fees by advertising and linking to amazon.com. We may earn a small commission for my endorsement, recommendation, testimonial, and/or link to any products or services from this website.